Autism spectrum disorder (ASD) is a developmental disability that can cause significant social, communication and behavioral challenges. There is often nothing about how people with ASD look that sets them apart from other people, but people with ASD may communicate, interact, behave, and learn in ways that are different from most other people. The learning, thinking, and problem-solving abilities of people with ASD can range from gifted to severely challenged. Some people with ASD need a lot of help in their daily lives; others need less.

People with ASD often have problems with social, emotional, and communication skills. They might repeat certain behaviors and might not want change in their daily activities. Many people with ASD also have different ways of learning, paying attention, or reacting to things. Signs of ASD begin during early childhood and typically last throughout a person’s life.

Diagnosing ASD can be difficult since there is no medical test, like a blood test, to diagnose the disorders. Doctors look at the child’s behavior and development to make a diagnosis.

ASD can sometimes be detected at 18 months or younger. By age 2, a diagnosis by an experienced professional can be considered very reliable.1 However, many children do not receive a final diagnosis until much older. This delay means that children with ASD might not get the early help they need.

There is currently no cure for ASD. However, research shows that early intervention treatment services can improve a child’s development. Early intervention services help children from birth to 3 years old (36 months) learn important skills. Services can include therapy to help the child talk, walk, and interact with others. Therefore, it is important to talk to your child’s doctor as soon as possible if you think your child has ASD or other developmental problem.

In addition, treatment for particular symptoms, such as speech therapy for language delays, often does not need to wait for a formal ASD diagnosis.

We do not know all of the causes of ASD. However, we have learned that there are likely many causes for multiple types of ASD. There may be many different factors that make a child more likely to have an ASD, including environmental, biologic and genetic factors.

What causes autism in children?

While there is no one definitive cause, scientists agree that genetics can be a factor in some cases. A child who has a sibling with autism has a higher risk. Also, a child born prematurely, having a low weight at birth, or having been exposed to lead can have a higher chance of developmental issues, and it is thought they should be screened for ASD. Read more on Autism Parenting Magazine .

ASD occurs in all racial, ethnic, and socioeconomic groups, but is about 4 times more common among boys than among girls.

If you think your child might have ASD or you think there could be a problem with the way your child plays, learns, speaks, or acts, contact your child’s doctor, and share your concerns.

Some people have had concerns that ASD might be linked to the vaccines children receive, but studies have shown that there is no link between receiving vaccines and developing ASD. For more information about vaccines and ASD 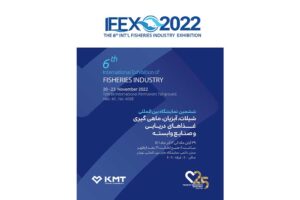